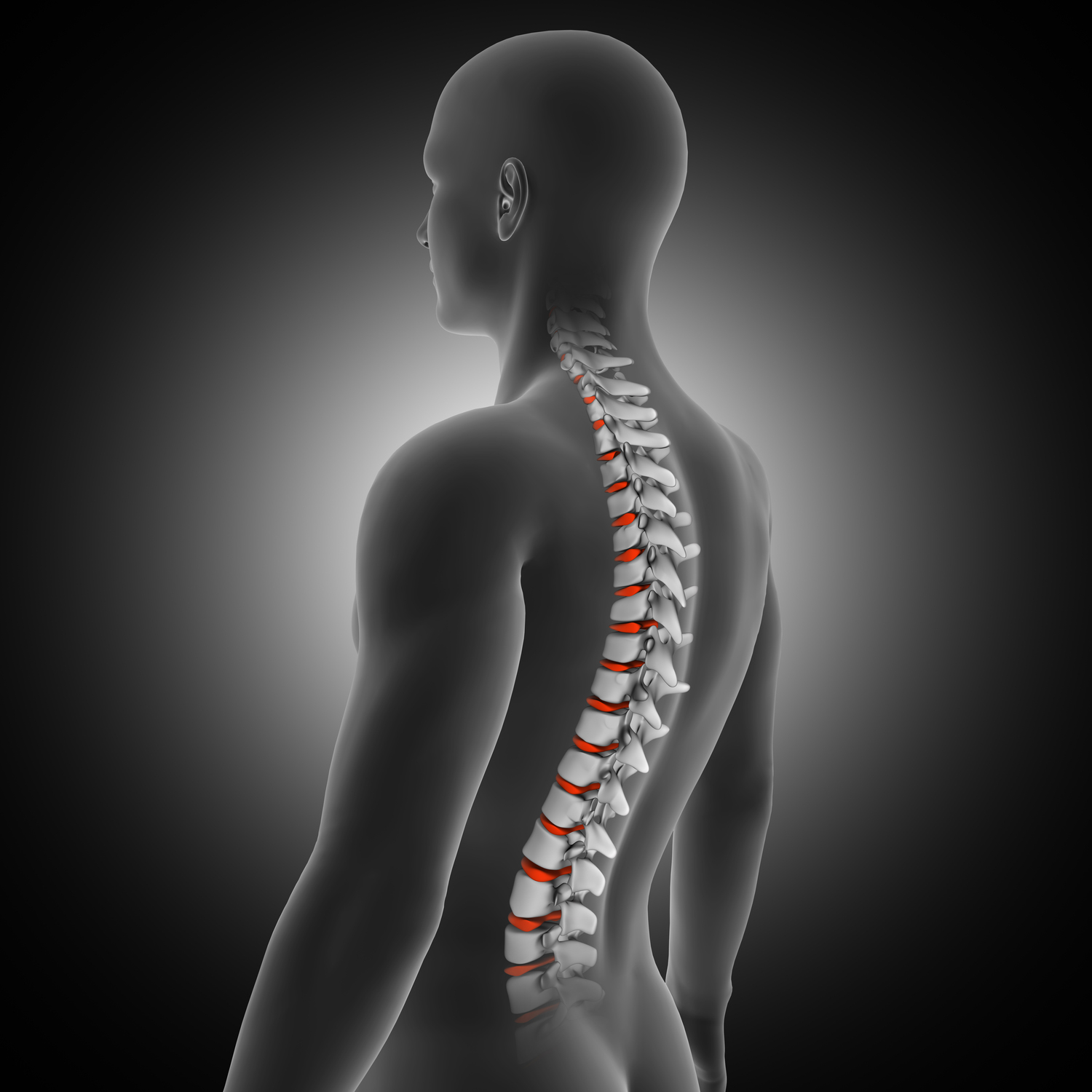 A herniated disc – also referred to as a bulging, ruptured, or slipped disc – is a condition that occurs when an intervertebral disc extrudes into the spinal canal. As a disc degenerates over time as part of the natural aging process, the inner disc material can extrude into the spinal canal, as shown in the picture on the right. The light blue oval area is the disc, which is covered by a tough exterior called the annulus fibrosus. The annulus fibrosus has torn open (or herniated) and the soft inner core, called the nucleus pulposus, is bulging into the spinal canal on the lower right side of the disc. Alumbar herniated disc, or a herniated disc in the lower back section of the spine, can cause pain to radiate all the way down the legs and into the feet. In the area of the cervical (upper) spine, the pain can radiate from the neck to the shoulders, down the arms and into the fingers.

Location of Herniated Discs as they occur

Approximately 90 percent of disc herniation occur in the lower back at the L4- L5 level (lumbar segments 4 and 5) or L5- S1 level (lumbar segment 5 and sacral segment 1). When a herniated disc occurs in these areas, it can place pressure on the L5 nerve root or S1 nerve root, respectively, resulting in pain and other symptoms. Herniated discs are most often diagnosed in the lumbar region of the spine, butcervical herniated discs(in the neck) are not unheard of and occur in about 10 percent of patients.

Your Next Steps… If you think you might be suffering from the symptoms of a herniated disc, please contact our office and make an appointment for consultation. Remember our 100% Guarantee that if you are not satisfied with the oor service you will not be charged for the chiropractic visit.

Get In Touch With Us Today